Table of Contents •  Next Page »

When the Beatles helped introduce the West to the beliefs and practices of Eastern religions, after studying with the Maharishi Mahesh Yogi almost forty years ago, most people probably viewed it as just another passing fad. However, while the fads of the sixties have long since faded into the historical record, Eastern mysticism, in the form of the New Age Movement and Eastern religions, continues to find ways to become part of the fabric and faith of our culture. 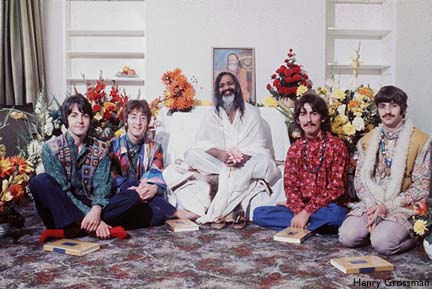 As this "New Age" message continues to flourish and to be absorbed into the culture it is also finding increasing acceptance as part of the mainstream religious movements. Especially alarming is how some of the New Age and Eastern practices are also finding their way into the Christian Church. One such way this is being done is through the practice of contemplative, or centering prayer.

Due to growing concerns about the centering movement, Watchman Fellowship recently issued a Profile addressing some of its history and practices. As the Profile points out, the current expression of centering prayer is rooted in Eastern meditation practices and originated in the 1970s by Roman Catholic Monks William Meninger, Thomas Keating, and Basil Pennington.

Though this practice was developed in the Roman Catholic Church, it is finding wider acceptance within Protestantism, as well. This is, at least, partially due to its promotion in the writings of popular authors such as Brennan Manning, a former Roman Catholic monk, and Richard Foster, a Quaker. In defending the "centering" practices developed by Meninger, Keating, and Pennington, its advocates often appeal to its popularity with such endorsers and to its so-called historical roots in the early Church.

However, it should be noted that it is not without its detractors in both Roman Catholicism and Protestantism and a careful examination and comparison of its current practices with those it appeals to in the early church actually indicate two different “spiritualities” are being referred to. As the Watchman Profile points out:

“Despite such attestations to its roots in the Church, Centering Prayer, as it is presently practiced, cannot be disassociated from Eastern religious practice. Even Keating notes, ‘Is there something that we can do to prepare ourselves for the gift of contemplation instead of waiting for God to do everything? My acquaintance with Eastern methods of meditation has convinced me that there is. There are ways of calming the mind in the spiritual disciplines of both East and West that can help to lay the groundwork for contemplative prayer’.” 1

The Profile also compares various forms of Eastern meditation practices with those of the “centering” movement and concludes:

“Centering Prayer contains the common elements [with Eastern practices] of: sitting, emptying one’s mind of directed thoughts (or mental activity), looking inward, and utilizing a mantra (or focused thought) to keep the mind from thinking or wandering. The [centering] components offered by Keating, attest to this, as do the teachings of other Centering proponents.” 2

When considering “centering” It should also be noted that all who use this term in relation to prayer do not mean the same thing as those who are following the teachings of and quoting from Menninger’s, Keating’s, and Pennington’s blending of Church practice and Eastern religions. For example, popular author and Christian scholar, Calvin Miller also promotes the practice of centering, which he defines as “...a function of our wanting to get in touch with God, and prayer is the avenue of this art.” 3

While it is apparent from his writings on this topic that he is familiar with the “centering” of Keating, et al;, he does not align himself with their expression of “centering.” In fact, he seems to try and distance himself from any who would offer formulas for “centering”:

Being familiar with Eastern meditation practices (Miller wrote a biblical refutation, Transcendental Hesitation: A Biblical Appraisal of TM and Eastern Mysticism), he writes, “This may be one of the great distinguishing marks between Christian meditation and Eastern systems. In yogic systems, one is always trying to stamp out the self. But in Christian meditation, we recognize the self as the basis of our being in God. We should not magnify it too much, but we should thrill that in being human we are permitted this wonderful definition of our significance...Thus self-denial, not self-negation is the path to obedience.” 5

The fact that "centering" means different things even among it practitioners and promoters can give rise to misunderstandings and problems. Miller somewhat touches on this problem of so many using the term "centering" while having different views in mind as to what it involves, when he writes:

“‘Centering’ is a word that walks around the more faddish church clichés when people are speaking of the deeper life. Still the pursuit of the deeper life with all it attendant clichés is sometimes a way to busy ourselves and thus avoid our need to minister. There is little use of learning to use the ‘buzzwords’ of the inner life movement while we ignore the pain and hurt of the ‘outer world’ around us.” 6

As the Profile indicates, "centering" that incorporates Eastern mysticism into its practice is am improper method of meditation for the Christian. As Eastern religions continue to gain an increasing foothold in our culture the Christian must be all the more committed to the message and hope of the gospel and must carefully guard against blurring its distinctiveness by merging it with popular Eastern practices. As Miller points out:

"Is secularized Christianity going to be able to repel this frontal attack from the East? The question can best be answered by saying that Christianity has never withstood the aggression of any powerful idea. Christianity does not take stands - it is Christians who take stands. The answer does not lie in trying to make Christianity stronger. Our strength always lies in informed Christians…and the hope of your ability to stand while the current storm of Eastern ideas rages about you lies in your devotion to study and worship." 7

Miller offers sound insight and advice. Doctrine does matter, disciples must be students of the Word and devoted worshippers, and the Church must be ever vigilant to the subtle attempts of the enemy to bring destruction from within. As Paul warned the elders at Ephesus:

"Be on guard for yourselves and for all the flock, among which the Holy Spirit has made you overseers, to shepherd the church of God which He purchased with His own blood. I know that after my departure savage wolves will come in among you, not sparing the flock; and from among your own selves men will arise, speaking perverse things, to draw away the disciples after them." Acts 20:28-30 NAS

Rev. Bob Waldrep, MRE, serves as State Director—Alabama at Watchman Fellowship’s Birmingham, AL office. Bob is also an ordained Southern Baptist Minister and serves as Lay Pastor for the Church at Brook Hills. You can email Bob by clicking here.

This article was excerpted from the November 2005 Update

Table of Contents •  Next Page »